A SHORT HISTORY OF BLOGGING

Blogging is a part of our mainstream culture today, was once considered a personal diary and an outlet for early adopters of the web.Nowadays, blogs are more than personal diaries published online. Sometimes it seems like everyone has a blog. They help us build a personal brand, attract potential clients, bring our business closer to our customers, and provide us with news, gossip, and interesting facts — all at the same time.
But how did blogs become so popular? That’s what we’re going to explore today. 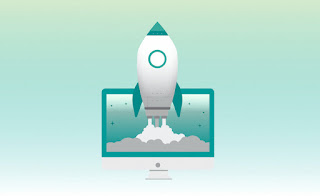 Blogging dates all the way back to 1994 when a college undergrad named Justin Hall created his site Links.net. According to Hall, he created the site so he could get his writing online. The site was very simple and contained a collection of links Justin found interesting while browsing the web, along with a couple of photos. Thanks to his site, however, he was dubbed the “founding father of personal bloggers.”Following his example, many others started sharing their personal lives online. Those early publishing attempts were called “online diaries” or “personal pages.” It wasn’t until 1997 that the term “weblog” was coined by Jorn Barger to describe a log of his internet activity. Just like the blogs we know today, the most recent links Barger collected appeared at the top of the page, pushing the older entries further down the page.Just one year later, a first blog was published on an established news site, when the reporter Jonathan Dube chronicled Hurricane Bonnie for The Charlotte Observer.

The Rise of The First Blogging Platforms

The following few years saw an emergence of the first blogging platforms, the most notable one being Open Diary which launched in 1998 and had a membership model allowing members of the community to leave comments on other people’s posts. 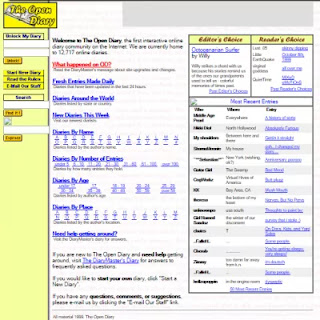 After that, another important event occurred in the history of blogging: Peter Merholz shortened the term “weblog” into “blog.” What’s more, three new blogging platforms came to life: Xanga, LiveJournal, and Blogger.LiveJournal was founded by Brad Fitzpatrick as a way of keeping in touch with his high school friends. Blogger was originally founded by Pyra Labs as a commercial platform and later acquired by Google, who made it free and available to everyone — a move largely responsible for bringing blogging into the mainstream.This was also the year that the first version of RSS was released for use on My.Netscape.Com and renamed into Rich Site Summary from its previous name RDF Site Summary. RSS was (and still is) crucial for blogging as it allows publishers to syndicate data automatically and allows people to stay up to date with their favorite bloggers or news sites.As far as Xanga goes, it was originally intended to be a social networking site similar to MySpace. It went on to add blogging and commenting features as well as the ability to like user’s posts in 2000.The emergence of blogging platforms made it easier for more people to create their blogs. It also made it so blogging started to become taken more seriously.

The beginning of the new millennium brought about another blogging platform in 2001. The platform in question was Moveable Type which was released as a self-hosted platform for bloggers and later introduced the Trackback feature (the ability to alert blogs that you have linked to a specific post on their blog) which is now widely adopted across all blogging platforms.

2002: An Eventful Year For Blogging

2002 marked the launch of Technorati, the first blog search engine. But what really marked the year is the fact that a blogger, Heather B Armstrong, was fired for writing about her coworkers on her personal blog, dooce.com. That event sparked a lot of controversy and raised questions about online privacy. The term “dooced” is now considered synonymous with “being fired because of your blog/online presence.” Nowadays, Armstrong runs dooce.com as her full-time job while also being a full-time mom.While Armstrong dealt with the consequences of writing about her professional life on a personal website, Melinda Roberts founded the first “mommy blog” on the domain name TheMommyBlog.com. Her blog paved the way for a niche that continues to remain popular, with over 3.9 million mommy blogs in North America alone.During the same year, Blogads, the first ad network that aims to connect advertisers and publishers, launched as well.Aside from personal blogs, a number of political blogs started cropping up as well as blogs featuring in-depth tutorials and guides on blogging which are often called “meta blogs.” Blogs like Gizmodo, Gawker,and Boing Boing–which have huge followings nowadays — were also created during the early 2000s.

2003: The Birth of WordPress and TypePad

Work on WordPress dates back to 2001 when Matt Mullenweg and Mike Little decided to make a fork of Michel Valdrighi’s b2/cafelog, the then-popular platform that discontinued its services. However, WordPress officially launched on May 27, 2003 and had a small selection of templates and a brand new admin interface. The plugins architecture was introduced a year later which allowed developers to extend its functionality. 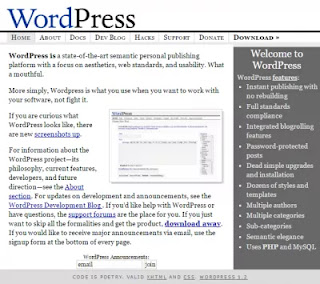 The same year, the software company Six Apart launched TypePad which nowadays hosts blogs for some famous news companies such as ABC, BBC, and MSNBC.The last notable event of 2003 was Google’s acquisition of Blogger and the launch of the AdSense advertising platform.With a decent selection of available blogging platforms as well as the ability to earn income from their blogs by placing third-party ads, many people started dipping their toes into blogging as a career. It was also around that time that meta blogs skyrocketed in popularity and blogs like ProBlogger.net and JohnChow.com started pulling in significant income teaching others how to turn blogging into a career.

Nowadays, you’d be hard pressed to imagine a blog without accompanying visual content. But it wasn’t always like that. In fact, the first blogs primarily consisted of text and an occasional image.In 2004, however, everything changed when Steve Garfield decided to hook up his digital camera to his laptop and upload “short clips of protest rallies, traffic short-cuts and even news events onto his personal Internet site.” He dubbed it the year of the video blog. The following year marked the launch of YouTube which started out as a dating site before focusing on general video uploads. It was later acquired by Google in 2006.March 2005 was another turning point in the blogging era when Garrett Graff became the first blogger to be granted a press pass for the White House.Along with the launch of Huffington Post only two months later, the lines between blogging and traditional news reporting began to blur as more and more “cyber journalists” emerged and started covering current news, culture, and sporting events.

The Micro-Blogging Era and Blogger’s Code of Conduct

As the blog sphere continued to grow, a different form of blogging appeared, called micro blogging. The beginning of micro blogging was marked by the launch of Twitter in 2006, first as an internal messaging service for Odey employees and made public in July of the same year. Dorseyand other members of Odey formed Obvious Corporation and acquired Odeo and Twitter.A year later, Twitter spun off into its own company and grew quickly in popularity. Today, the platform boasts around 6000 tweets being sent out every second. But Twitter was only the beg inning.In 2007, Tumbler was launched as the first official micro blogging platform that encouraged users to post brief content as a way of allowing those who don’t have time to publish long-form content to still have their voices heard.With the rise of micro blogging platforms and the maturing of established blogging software, communication became easier than ever, and people started feeling more confident about expressing themselves online.Considering the fact it was easy to hide behind an online moniker, some people abused the power of online publishing by sending out spiteful tweets as well as harmful comments. This largely indicated a need for boundaries. 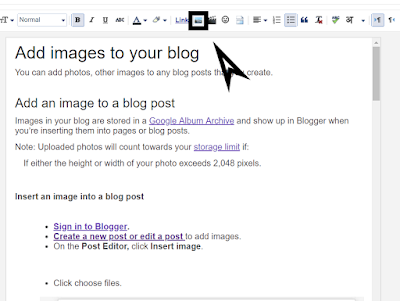 Add images to your blogYou can add photos, other images to any blog posts that you create. Add an image to a blog post
Images in your blog are stored in a Google Album Archive and show up in Blogger when you’re inserting them into pages or blog posts.


Choose one or more images to upload.

When the image is in your post, click it to change the size, caption, or alignment on the page.
Stop images from opening in an overlay By default, images on your blog will be opened in a large overlay, called a Lightbox. To prevent images from opening in the Lightbox: Sign in to Blogger.In the left menu,select (1) Settings…

HOW TO BUY HOSTING FROM A2 HOSTING

How to Buy Hosting From A2 HostingSo now let us get started with this guide and check out how you can buy hosting from A2 Hosting. But before we proceed to the further part of this guide.

Let me tell you why you should consider buying hosting from them. Why Should You Buy A2 Hosting? Here are the reasons why you should consider purchasing web hosting from A2 Hosting.
Their Hosting is Insanely Faster!They have this in their name itself. The tagline they have below their logo is Our Speed, Your Success. They have a special server environment and configuration because of which their servers are way too fast.

Do you want proof? I have it with me.👇
From past few days, I am monitoring major web hosting providers to write a review on them. I am monitoring their uptime and speed using the Site24x7 website tools.

I have even purchased hosting from Bluehost, HostGator and other major players in the industry. But just check out the response time of A2 Hosting servers below.
It is just 84 ms! That’s ins…